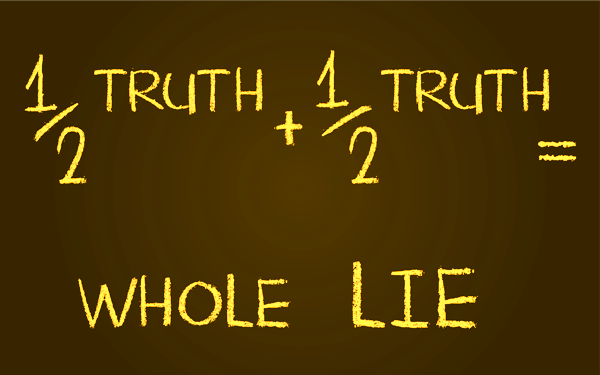 “Famed Duke expert on human dishonesty suspected of fraud. Manipulated data in study of truth and behaviour threatens career of popular TED Talk star Dan Ariely” this news headline hit me like a bolt from the blue. (https://www.timeshighereducation.com/news/famed-duke-expert-human-dishonesty-suspected-fraud) Dan Ariely (https://danariely.com/) is a Duke University professor of psychology and behavioural economics and author of best-selling books including “The Honest Truth about Dishonesty.” Another headline screamed at me – Israeli-American academic Ariely is under renewed scrutiny for his role in research found to be based on falsified data. (https://www.timesofisrael.com/claims-swirl-around-academic-ariely-after-honesty-study-found-to-be-dishonest/). With age, I have learnt to expect the unexpected, but this news hit me hard because I am an ardent fan of the works of Dan and also because he is married to one Sumedha Gupta, a person of Indian Extraction, who is an accomplished academic in her field.

From fixing the traffic-rules violations on the roadside with the police to CAT-score scandals in admissions to IIMs, cheating and dishonesty are ever-present parts of our national news cycle and unavoidable parts of the human condition. Call it rational or call it irrational, the honest truth is that dishonesty is entirely human. We are dishonestly honest or even honestly dishonest.

Our teachers, parents and family elders always taught us to be honest. Later on, during the course of our higher education and learning, we were persuaded by the economists, ethicists, and business sages that honesty is the best policy. But when we hit the streets living our lives, to our surprise, our pet theories failed to stand up. Treachery, we found, can pay. There is no compelling economic reason to tell the truth or keep one’s word—punishment for the treacherous in the real world is neither swift nor sure.

Economists tell us that trust is enforced in the marketplace through retaliation and reputation. If you violate a trust, your victim is apt to seek revenge and others are likely to stop doing business with you, at least under favourable terms. Sounds logical but is unreal. Cases that apparently demonstrate the awful consequences of abusing trust turn out to be few and weak, while evidence that treachery can pay seems compelling. Compared with the few ambiguous tales of treachery punished, we can find numerous stories in which deceit was unquestionably rewarded.

What do professional athletes, football players do? They sign a long-term contract and after one good year, they threaten to quit unless the contract’s renegotiated. The stupidity of it all is that they get their way.

Does treachery eventually get punished in the long term? Nothing in the record suggests it does. Men seldom rise from low condition to high rank without employing either force or fraud. Power can be an effective substitute for trust. Power, the ability to do others great harm or great good, can induce widespread amnesia. Switching loyalties to contrary political ideologies works around power. Sometimes the powerful leave no other choice. Babus and bureaucrats have to play ball with the politicians in power, no matter how badly they were treated in the past or expect to be treated in the future. Usually, though, power is not that absolute, and some degree of trust is a necessary ingredient in their working relationships.

Powerful people and business-people do not stand on principle when it comes to dealing with abusers of power and trust. When the expected reward is substantial and avoidance becomes really strong, reference checking goes out the window. In the eyes of people blinded by greed, the most tarnished reputations shine brightly. Even with a fully disclosed public record of bad faith, hard-nosed people will still try to find reasons to trust. Trust breakers are not only unhindered by bad reputations, they are also usually spared retaliation by parties they injure. The difference between the right and the wrong evaporates as ‘MIGHT’ becomes ‘RIGHT.”

Mistrust can be a self-fulfilling prophecy. People aren’t exclusively saints or sinners; few adhere to an absolute moral code. Most respond to circumstances, and their integrity and trustworthiness can depend as much on how they are treated as on their basic character. Initiating a relationship assuming that the other party is going to try to get you may induce him or her to do exactly that.

By and large, most people are intrinsically honest. It’s just the tails, the ends of the bell-shaped curve, which are dishonest in any industry, in any area. So it’s just a question of tolerating them.

Honesty is, in fact, primarily a moral choice, but there is little factual or logical basis for this conviction. Without values, without a basic preference for right over wrong, trust based on such self-delusion would crumble in the face of temptation. It is also true however that by and large, most people are neither powerful nor power-seekers. For such people, honesty is the most logical policy for leading a contented life.

Most of us choose virtue because we want to believe in ourselves and have others respect and believe in us. And for this, we should be happy. We can be proud of a system in which people are honest because they want to be, not because they have to be. Materially, too, trust based on morality provides great advantages. It allows us to join in great and exciting enterprises that we could never undertake if we relied on economic incentives alone.

Dishonesty and mistrust are as rational or irrational as is greed or deceit. Forgiving past lapses can make a righteous and godly sense. People do change. After all Ratnakar, a dacoit, did become a Maharshi Valmiki; so we are told!

We hope to see energetic, constructive and thought provoking conversations. To ensure the quality of the discussion, we may edit the comments for clarity, length, and relevance. Kindly do not force us to delete your comments by making them overly promotional, mean-spirited, or off-topic.